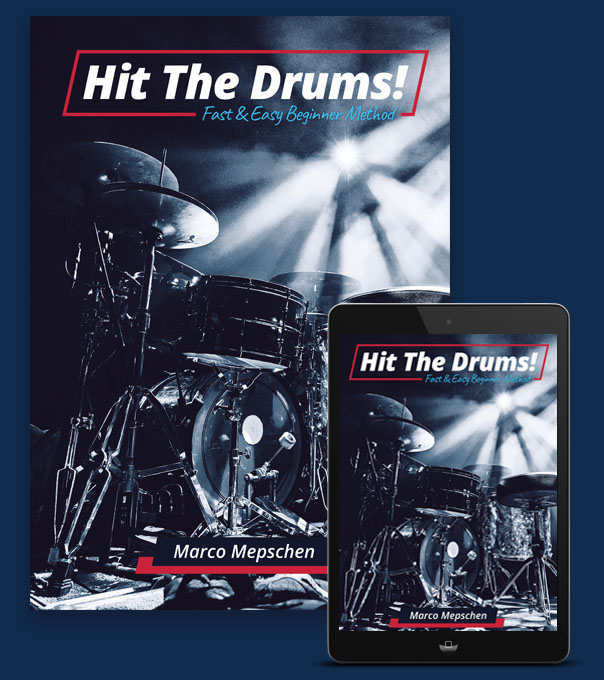 The quickest way to start drumming.

Hit The Drums! is thé method for everyone who wants to learn how to play drums.

Through varied and practical exercises that succeed each other in a logical order, you will work on:

You can play any song with the help of the goal-oriented grooves and fills in this book.

This book is unique, because drumstick grip and rhythmical language are written down together with the exercises. This makes the musical notation even easier and quicker to understand.

Learn how to use all four limbs independently as well as simultaneously.

Become more versatile through the accent and ghostnote exercises.

Improve your speed, strength and control to move more flexible and relaxed behind your drumset.

Recognize the fundamentals of songs (the different sections and number of measures) so you can play them better.
Author 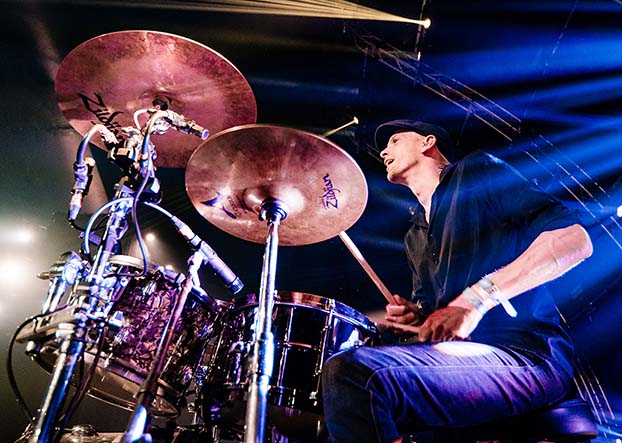 Marco Mepschen (1983) already knew from a young age that he wanted to become a drummer, which is why he started drumming in music school at age 8. After a year he also played in drum bands and orchestras.

Since 2000 he has been touring through the Netherlands with his band and has performed in numerous concerts in cafes, clubs, theatres and on festivals in the past 20 years. He has also recorded multiple singles and albums.

In 2012 he established his own drum school. As a drum teacher he teaches a wide array of students on a daily basis, with pupils ranging from young to old, and from beginners to advanced.

It’s his passion to pass on his extensive knowledge and experience and he loves seeing his students getting excited about drumming and music!

You can listen to all exercises online! 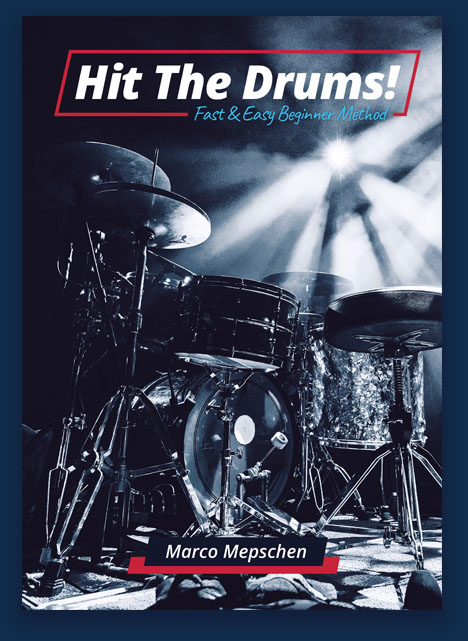 How many chapters and pages does this book have?

The book consists of 59 chapters spread over 94 pages. Each chapter in this book deals with teaching materials that arise from the previous chapters, this ensures a good structure and continuity of the material.

For which level of drummer is the book intended?

Hit The Drums! is primarily intended for the beginning drummer. It doesn't matter whether the drummer is young or old. But the drum book is also excellent for drummers who, for example, can already play the drums, but would like to learn to read notes . The last 20 chapters contain material that is also very suitable for the advanced drummer.

Is a CD included with the book?

Instead of a CD, you can listen to all exercises for free on www.hitthedrums.com/en/audio.

Do you have a digital version available? (e-book)?